The latest news emanating from the pharmaceutical industry is the possibility of a yet another, new miracle diet tablet, that could once again solve the world’s obesity crisis.

The problem lies not with the intention but the fact that the major pharmaceuticals may have cried wolf just once too often.

The new Thin Pill is yet to materialise after much publicity a few years ago, couple this with the mass hysteria that surrounded Alli at the start of the year and the subsequent realization that associated long term side effects could materialize, it does not bode well.

It appears that the pharmaceutical companies continue to create drug or chemical based diet products and release them to a trusting consumer base without fully understanding the long term consequences. 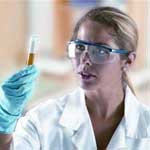 The new, or newest chemically produced miracle diet tablet, is in the process of being formulated. Scientists from around the world have apparently struck gold once again.

As yet,  no absolute specifics have been revealed – but what is understood so far is that the drug is an artificially enhanced hormonal combination of glucagon and a glucagon derivative. Glucagon is a natural hormone that controls how our body converts fuel (fat) into energy.

Initial clinical trials are promising – when tested on mice the formula was found to decrease body weight by a quarter and fat mass by 42 per cent in just over 7 days.

The drug, it is thought, will be available in around 5 years and almost certainly via prescription only. At least this time some kind of incubation period for potential side effects has been set aside.

Over the last quarter of a century, trillions of pounds have been spent trying to formulate products that combat the after effects of overindulgence.

Overindulgence is not so much human problem species wide but a problem specifically pertaining to the western world where food is always available and in abundance.

Poorer regions of our planet such as Asia, Africa and parts of South America do not and probably will not experience any kind of obesity pandemic that is currently facing the west.

The balance of the worlds riches is unfair. Another equally, but far from unjust imbalance, is the distribution of the worlds natural riches.

In the dessert like region of the Kalahari (Southern Africa)  grows a an ugly cactus like plant called Hoodia Gordonii. The raw powder from this plant has been used for centuries by the nomadic tribesman to reduce hunger while on long hunting trips for days.

Suppressing appetite is the most obvious, natural and effective method for weight control.

It is quite ironic that the resource rich western world looks across to Africa for a solution to its inability to resist temptation  – A paradox of being hoist by one’s own petard.

Hoodia is quite possibly the most effective natural appetite suppressant found anywhere on earth. Appetite suppression tackles the problems associated with obesity at source rather than the aftermath. 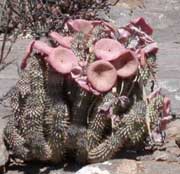 Hoodia is now reaching a decade of history as far as the commercial world  is concerned. Time will tell if the pharmaceutical industry can come up with a product as efficacious.

Hoodia is most likely not the cure for obesity but prevention is far better than cure.