Does The Maple Syrup Diet Work 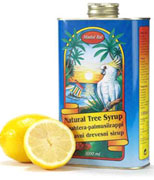 The Maple Syrup Diet is typical fad diet that was given partial credibility by Beyonce Knowles.

Beyonce claimed to have lost over 20lbs in a little over two weeks by drinking Maple Syrup and little else.

Beyonce ate nothing for over a fortnight and survived by drinking only Madal Bal Natural Tree Syrup – the sap extracted from palm and maple trees.

Maple Syrup was part of Beyonce’s strict detox, cleanse and fast regime – not that Beyonce needed to lose much weight.

It is also interesting to note that after Beyonce had stopped her health regime she reportedly went on a binge and ate everything she could lay her hands on put a large majority of the weight she had lost straight back on again.

What Is The Maple Syrup Diet

Initially introduced in the mid 1980’s it was the brainchild of naturopath Stanley Burroughs.

Many of the claimed benefits include weight loss, cleansing the body of toxins, greater resistance to illness, improved concentration, increased energy, clearer skin and eyes, shinier hair and stronger nails.

Does The Maple Syrup Diet Work

Maple Syrup is beneficial to all round human health and should not be targeted towards soley weight loss.

It is an ideal natural substance to take on a regular basis but should not be used as a  “diet product” as such – it is better used to promote colon health as part of the detox and cleanse process.

Where To Buy Maple Syrup

The product is branded under several different names – High street stockists such as Boots, Superdrug and Holland and Barrett are regular stockists.

Acai or Acai Berries are especially beneficial to health.

Just as with Maple Syrup, Acai has excellent detox and cleansing properties. Acai is considered to be the number 1 superfood. More about Acai Berries

We use cookies to ensure that we give you the best experience on our website. If you continue to use this site we will assume that you are happy with it.OkPrivacy policy